Welcome to another development blog post full of grammatical errors. We've been super busy with expanding the narrow.one universe, hope you like it!

Hidden in a valley covered by rocks you discover a hidden tomb. At the entrance you are greeted by for huge statues overlooking the narrow entrance. Inside you find many hidden paths filled with spiderwebs some lead to a dead-end and some will guide you to the throne room. The walls are covered with hieroglyphs. 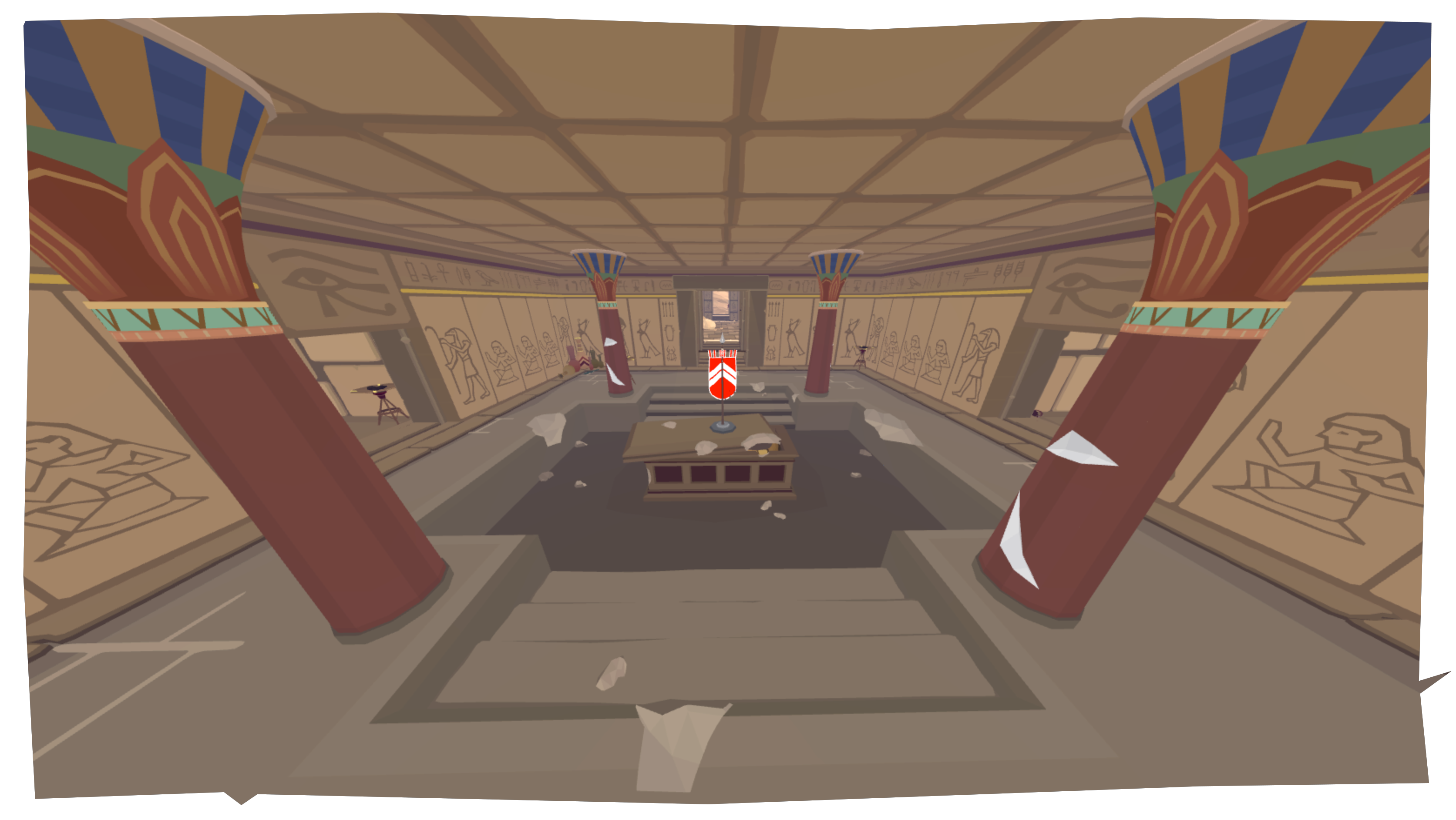 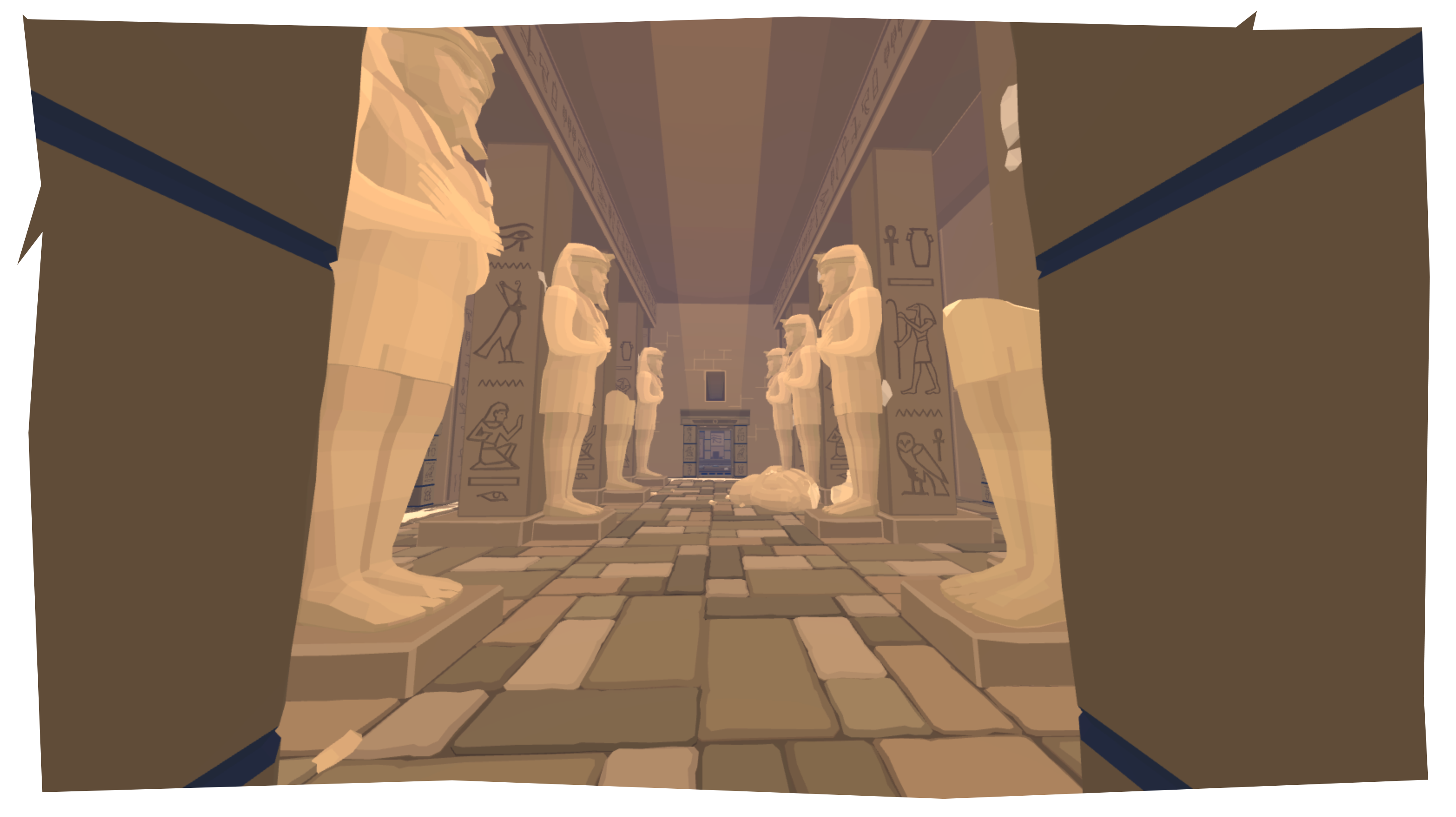 This map took us over 2 weeks to make, because we went crazy with the details.  Personally I find this the best looking map so far and I am really proud of how it turned out. It's the first map where we added a light rays bursting through a small hole above the entrance. Also I really like the contrast of the open spaces and the small corridors. And as usual we added lots of possible jumping tricks to speed to surprise the enemy. Narrow one has 10 maps now.

For the ancient egypt update we added 3 hats, 2 body armours and 1 pair of sandals. Beside that we added some seasonal stuff and the fearless armour. 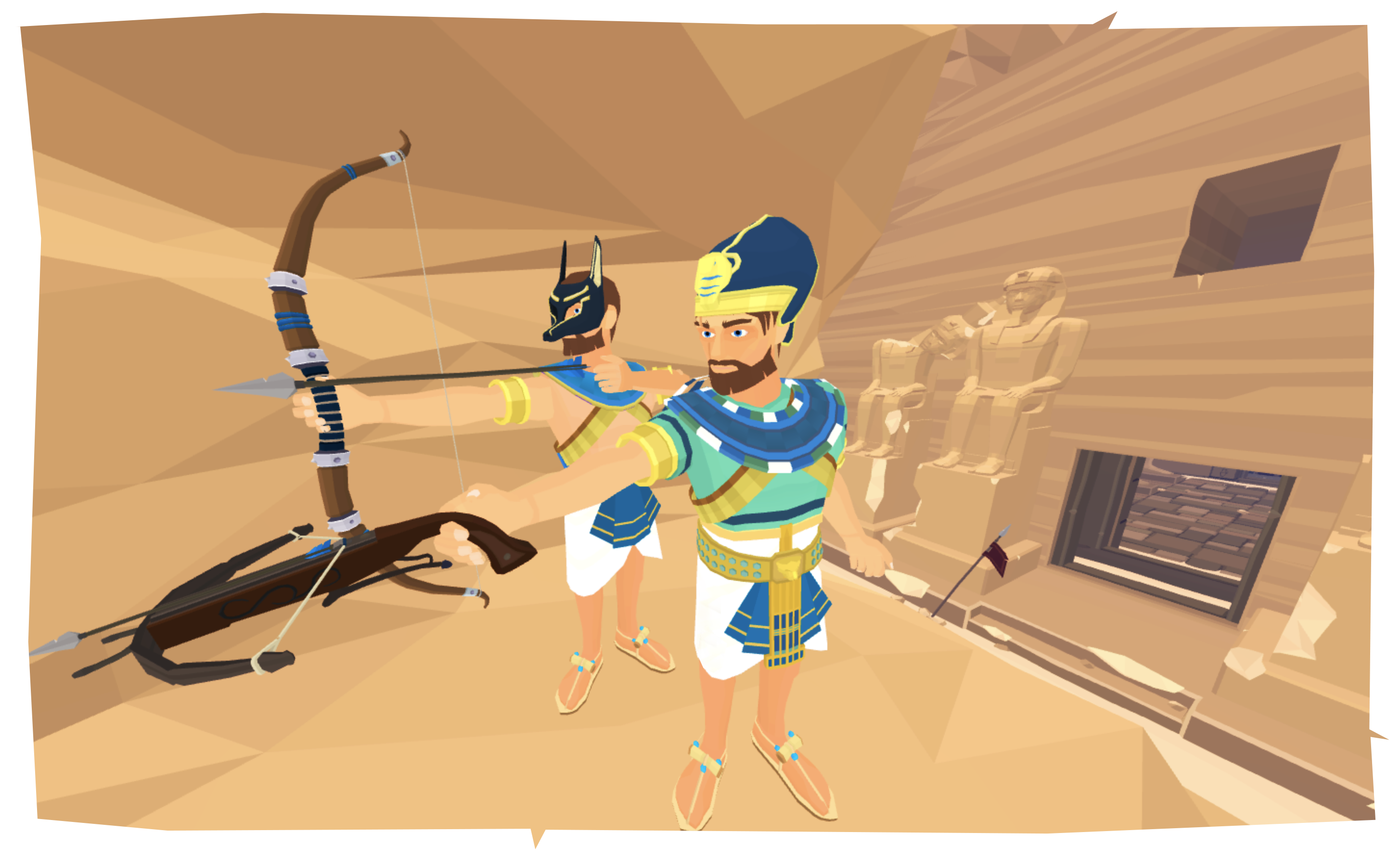 Because we want the most active narrow.one players to have a goal to show their commitment we added the most expensive gear in the game. The fearless armor is made out of bones from the many battles you fought. The gear contains of 7 pieces each that can be bought individually. So far we have only seen a handful of players being able to buy parts of the gear. So if you spot someone online wearing this gear, run! 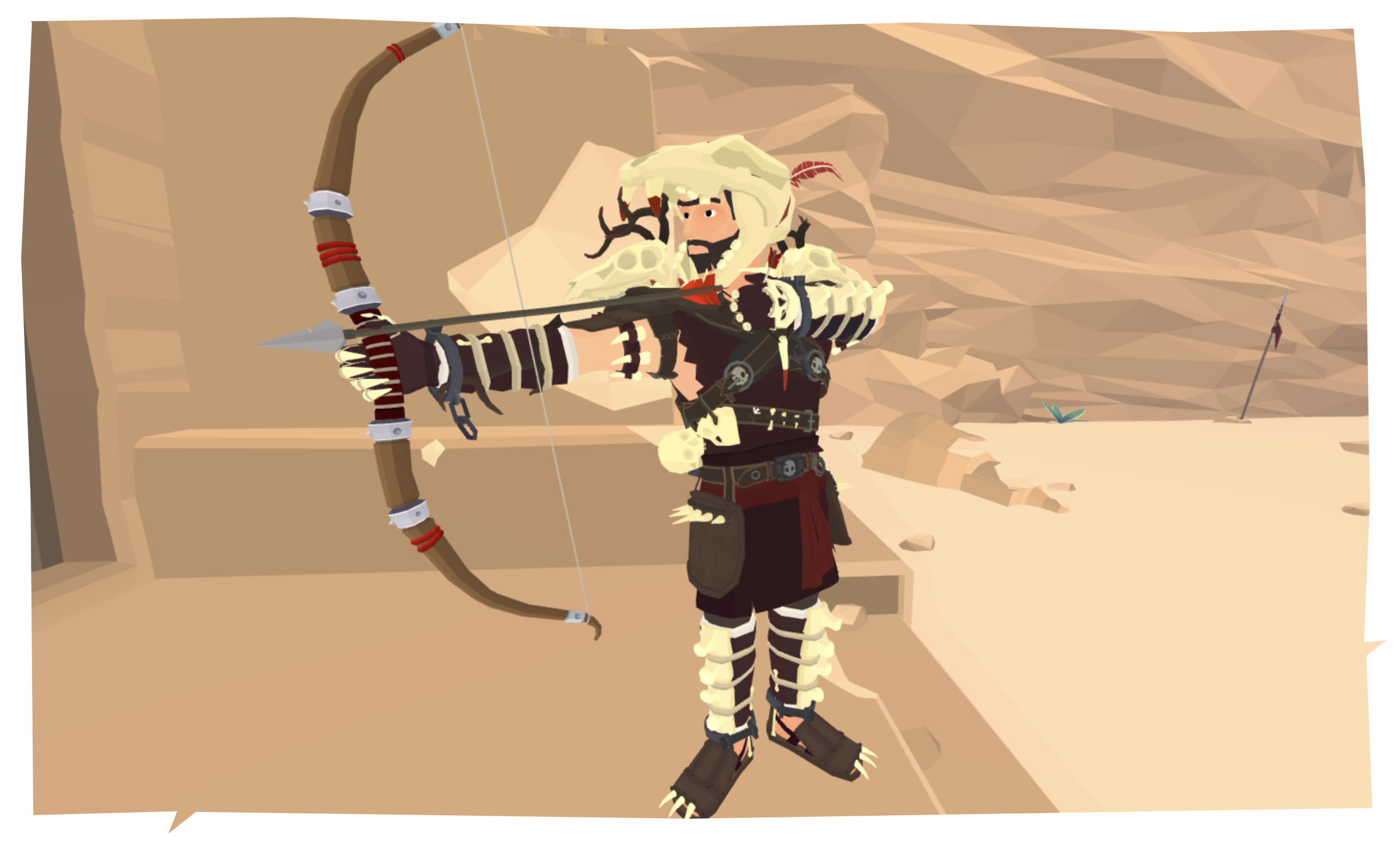 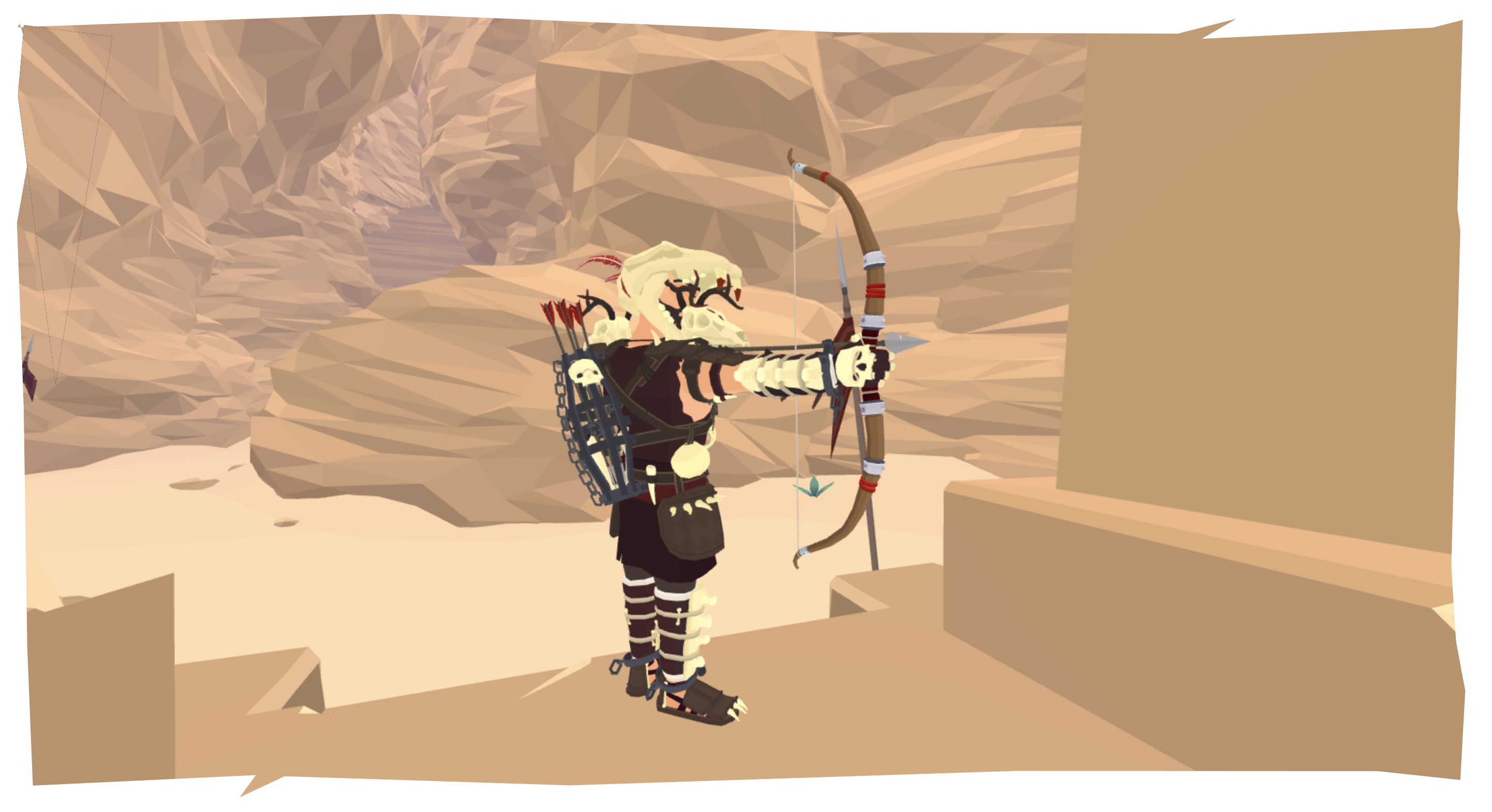 Finally we got rid of the bald bearded beardman. The looks that everyone had for almost one year. Now you can change moustaches, bearsds, eyes, tattoo's, rings, hair and extra stuff. It's really nice to see all the unique combinations that the players make, enhancing the feeling that you are playing with real people. In the future we want to add skin tones, and more option for customisation.

Player wanting to showcase their unique appearance resulted in many half cropped screenshots.  So we wanted to make it easier for people to share their look. In the right bottom corner of the shop, you can click the little download icon that takes you to the export avatar settings, Here you can select a few  options like background color, cutout and size. We hope that players use the export avatar option to change their discord/itch profile picture so it's easier to recognise each other online. 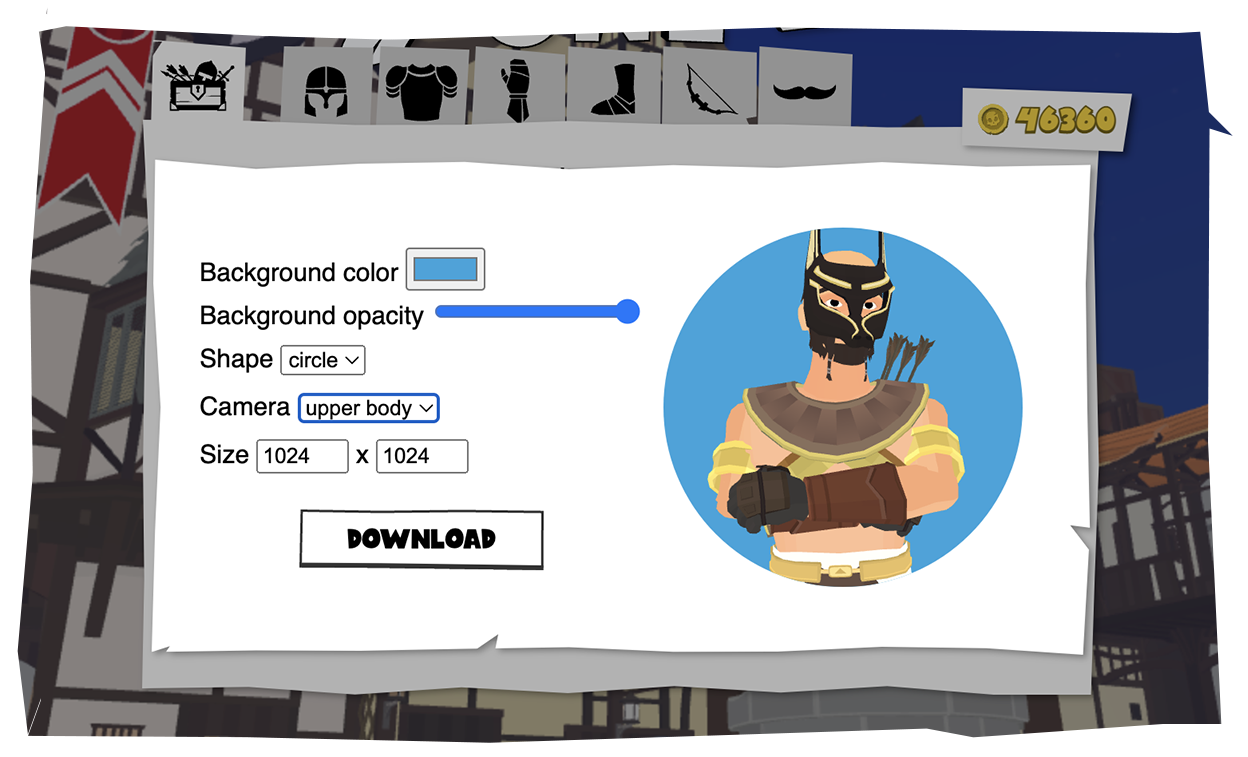 With the new face customisation in place we decided it was a good idea to put those pretty faces of yours in the spotlight. So we have added player avatars in front of your name on the scoreboard.

Now it’s a lot easier to find out which player in game belongs to which name. Although we do still have player name labels planned for the future. The avatars are also visible in the squad list, and we have plans on showing your avatar on the main menu once the profile settings get a bit of an overhaul.

We went back into the somewhat older maps to redo some of the surroundings. Matching them more with the more detailed look of the later maps. NarrowForts, NarrowFields and NarrowRuins got a visual makeover. We also fixed some minor colliders issues, and a breach trick that could get you into the spawn of the other team. 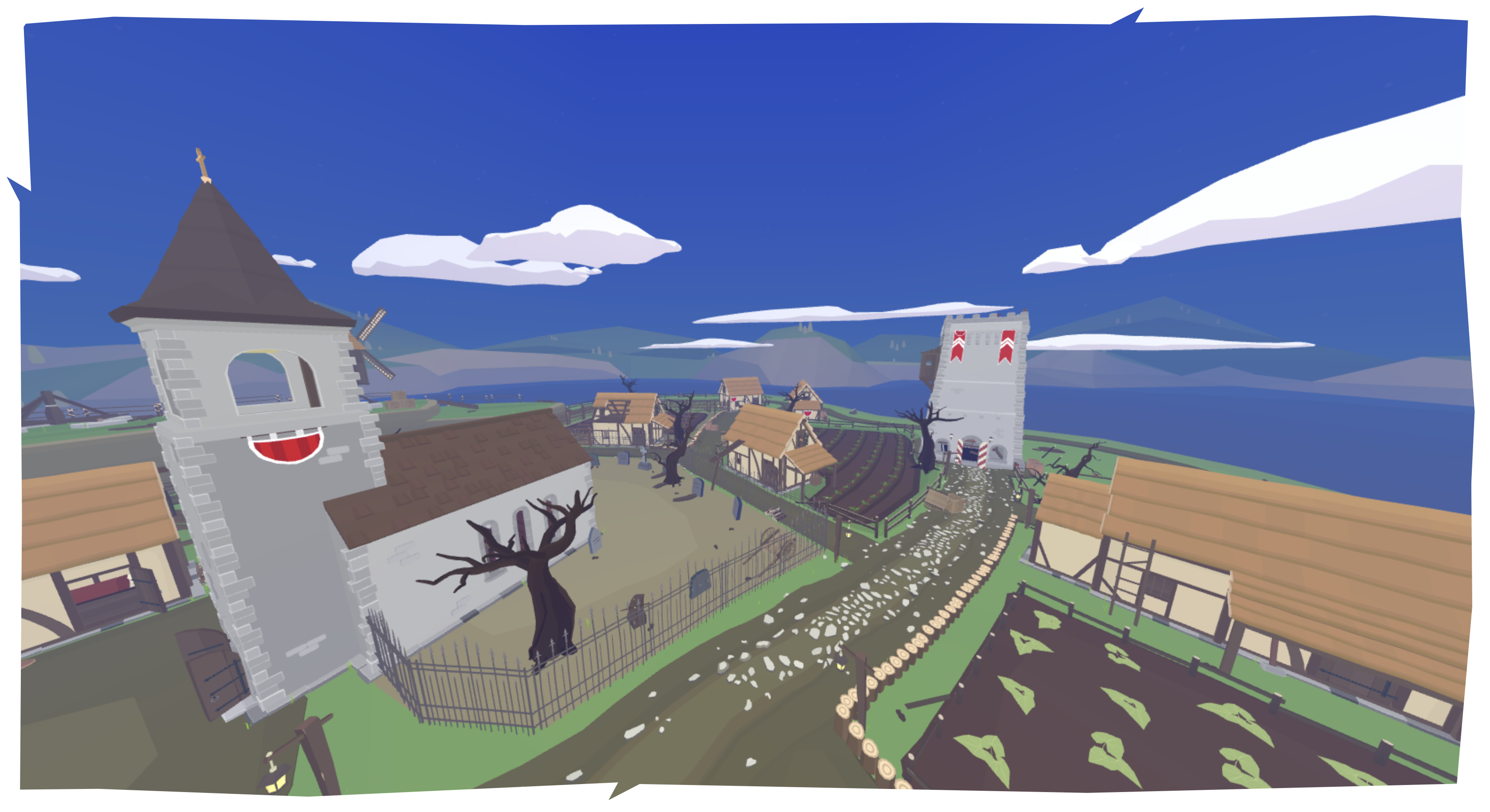 We finally have a squad system, invite your friends and be put in the same match from now on. You can click the squad button on the main menu and send the code to your friends in order to link up. There's no limit to the size of the squad. Once you have created a squad and clicked the start button, the game will make sure you will stay with your squadmates for every new game you play. Time for some real teamwork 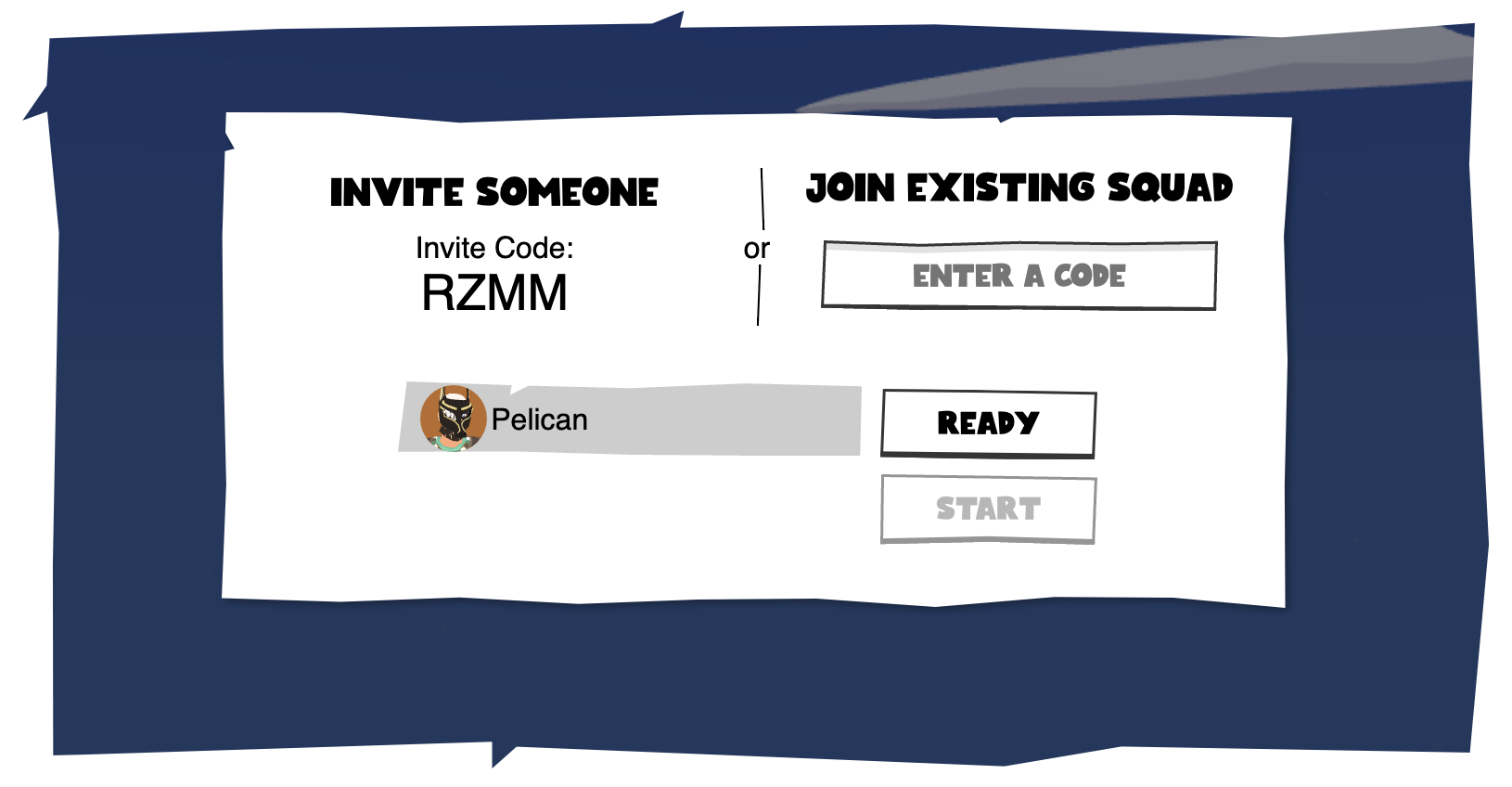 when i first saw the fearless pieces i thought no ones ever gonna get it soon, but 3 days later i saw someone wearing the breastplate, wich confused me alot (it wasnt even the fearless brestplate, it was the simple body armour

ya know, the hand tatoo is cool, love lotr, wich is why i hope theres gonna be more lotr stuff

it said there was a way to go to the enemy's spawning place, Interesting