New major narrow.one update, this time its culty and covered with flowers, enjoy!

Can you believe it, the 11th map is here, do you remember the day narrow one just had 2 maps, crazy right I know right omg omg.

The battlefield is covered with parts of a giant statue, a statue that was once of a king. The statue has demolished a bridge in its tumble. Climb the statues arms to get to the highest point in the map. For narrowHills we choose a more open design, hilly field covered by scattered assets. It is the first map to introduce climbable ivy and lianas. These function just like regular ladders. The flag is hidden in one of the broken towers.

we thought cult-like clothing would fit the green hilly flower landscape. Also we wanted to add some backstory to the fallen statue and the civilisation that once lived there. We added the crown of the fallen king, to the shop as a purchasable item. The cult style clothing has the following pieces: Ivy shirt, ivy dress, ivy headpiece, ivy wristguard. 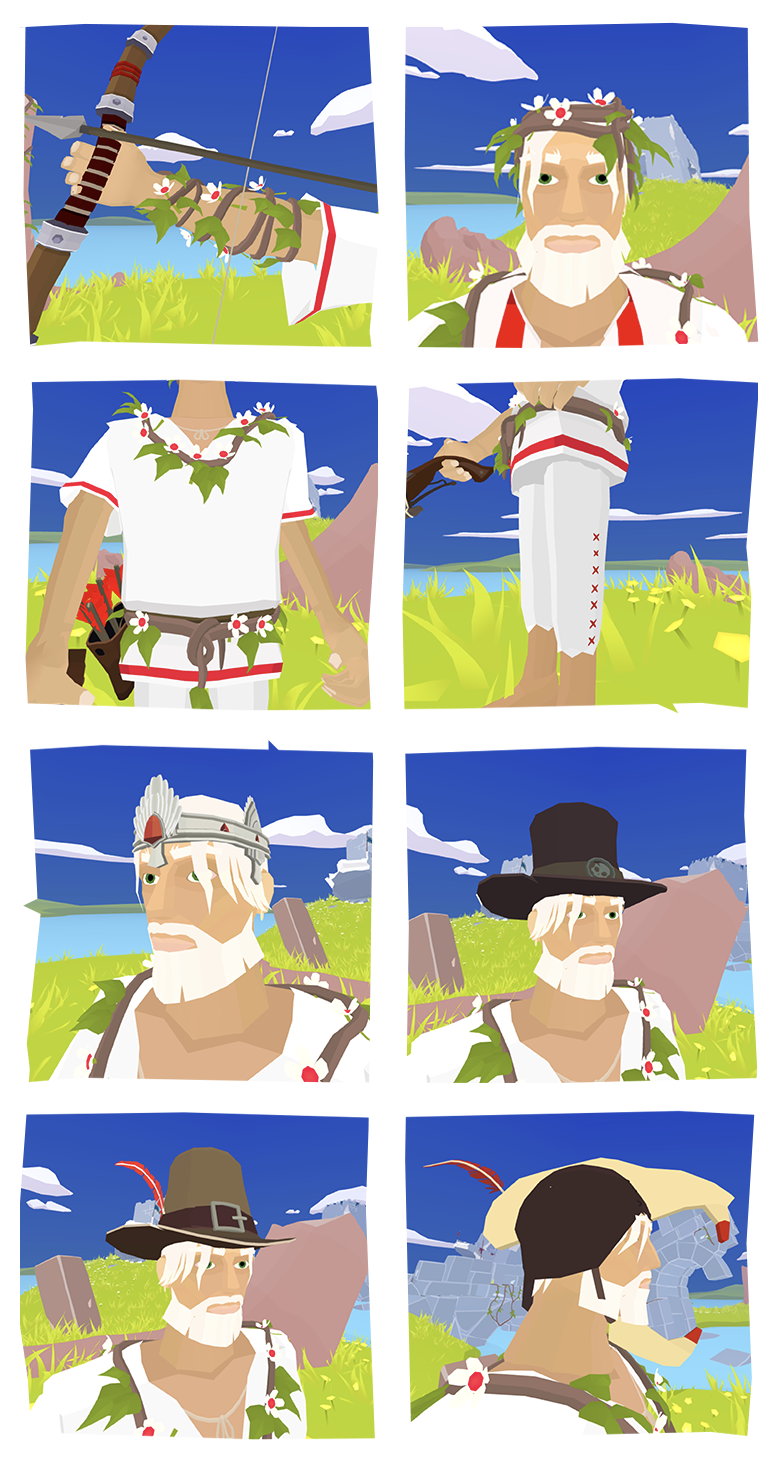 For april fools we added a banner saying: free fearless helmet (it's the most expensive helmet in the game). If you click it you will get a bootleg fearless skin. It looks like a 2D wooden cutout of the official suit stuck on the peasant hat. Hope we fooled you.

Also for april fools we flipped the screen resulting in massive confusion, by some appreciated by some spit on and cursed.

- Directional hit indication, If you get hit by an arrow, your screen will now flash red in the corner showing the direction of the enemy.

Wow you made it to the end, thanks for checking out our blog post! More stuff coming soon.

i think this is the update where i joined itchi io

This was the update I started playing the game lol

lol i started at ruins

nice, it's my favorite map now before it was narrow towers and before that was released it was narrow forts. Like the april fools