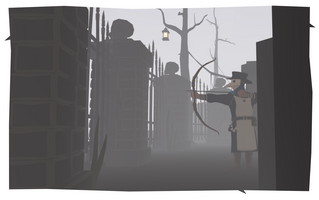 Lately we've been cranking out Narrow One updates at full speed and so It's time for another dev post. Here's a small showcase of what's new:

Of course we couldn’t miss out on the spooooky season, this was a great chance for us to to get started on the graveyard map, add stuff that would otherwise be way too spooky.

Fight in a graveyard and try to steal the crown from the kings grave. This is one of the smallest maps of narrow one and is made for halloween, and will disappear after the end of October. After that we will probably rework the map, remove the halloween decoration to keep it as a permanent map. Feedback is very welcome to improve the map for the next update.

We found it pretty funny to bury locate the spawn points , so you rise from the grave as a zombie.

What would a halloween map be without thunder and low hanging fog. So for this map we update our weather system a little.

We can now change a few more settings of the fog, like the height and falloff, That’s why in this map you can see the tree tops and mountains poke out of the fog, previously it would be the same amount of fog in every place. For the thunder we light up the map for a few frames,  followed by the sound of distant thunder every 20 seconds or so. Soon we'll go update the features in the older maps too.

We also updated the theme song to fit the halloween theme, if you like the theme you can download it for free here:

If you don't like the new theme, good news after October everything will be back to normal

We wanted to add this gear for a long time, especially the plague doctor and the executioner and finally got to it.

The plague doctor, a very scary lookin fellow carrying his garlic around contains of a body piece, the apron, and an separately buyable arm piece. Also the plague doctor hat is available as one piece, or can be purchased as separate parts if you are a little more broke. 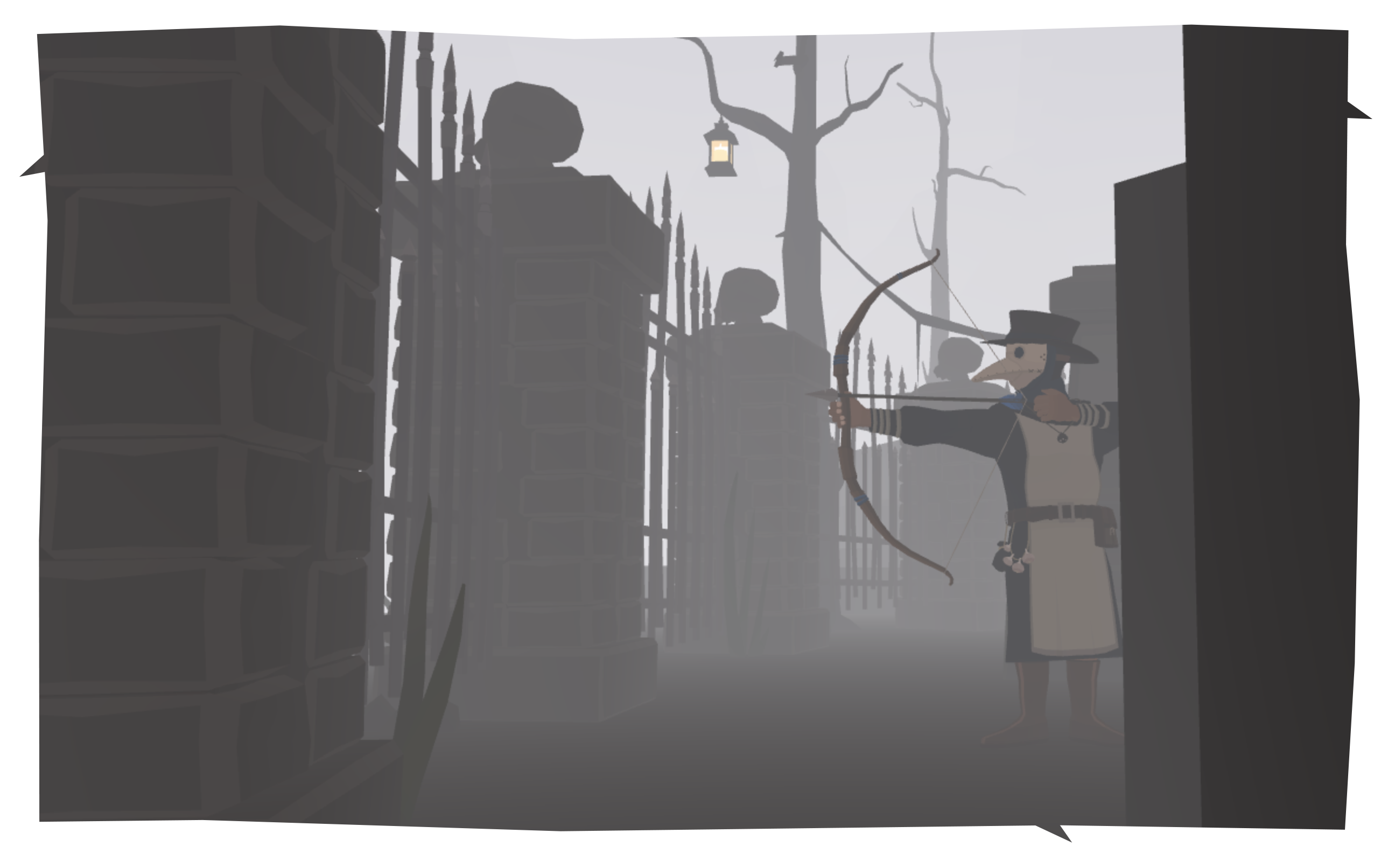 Also we added the medieval executioner mask and a wizard/witch hat.

The gear will stay after halloween (except for the pumpkin hat that was added last year).

See you on the graveyard

Is the map still able to be played

Pelican, when will the next devlog be? I'm waiting for all the new updates to be described..

no worries, it'll be back

My mobile phone turns very hot while playing Narrow one

Did you try turning down the quality in settings? We recently added this option

I haven't played narrow in a while and since there's a halloween theme I might come back to the game and play it!

do it, its worth it, a new bow, more clothes.

hol up they broke sumthing?

what is it the t pose? I want on to

nope, its hella lot of lag and not registering hits

awesome update, theres a small bug with the graves. making oyu able to leave them before the bow bar dissapears.

and the removing of old map priority is great.

P.S. the new theme is fire

The update is so good!

Wow 🤩 You really are cranking out that speeeeeeeeed! Nice job! Getting better at coding & Designing at the minute!

Does the PWA work in microsoft edge?

Yes, it is possible, but the icon looks different

You are always on top

Awesome map and gear! The best I have seen, (Arguably better than fearless in my opinion) keep up the good work!