Alright here we go, we proudly present to you:

But let's talk about the map, in our discord, after we had a vote about what should be the next map, the winner was a jungle Aztec style map. 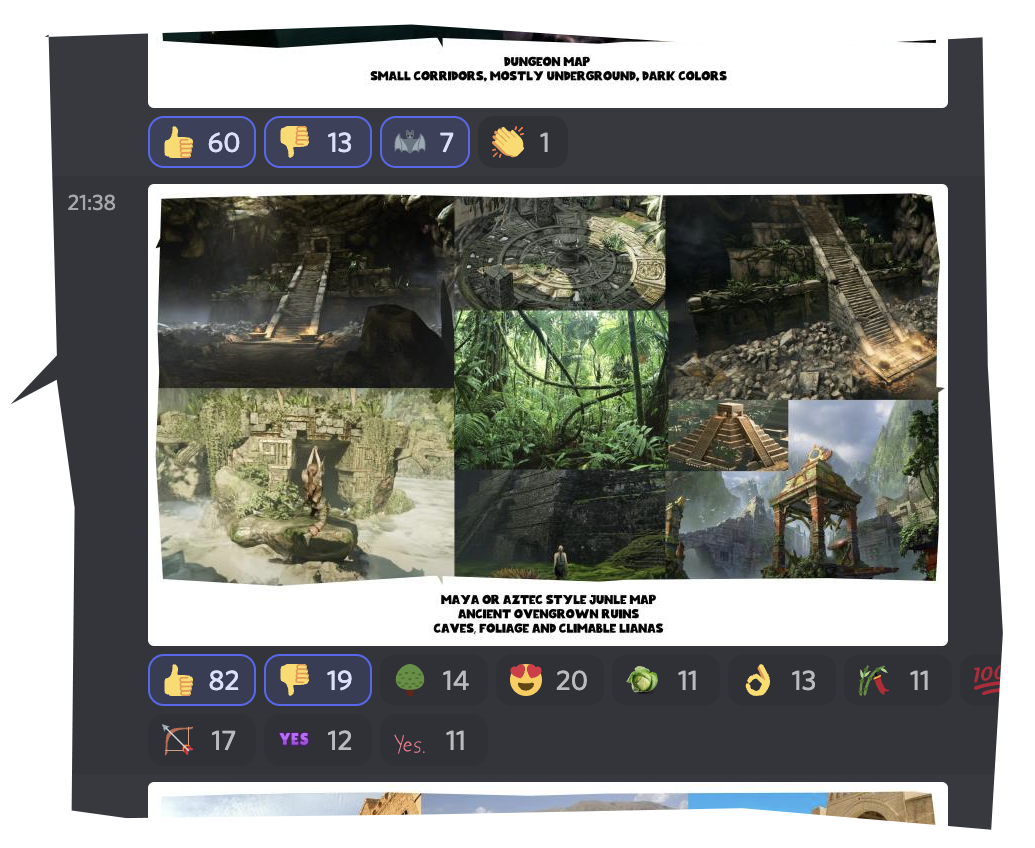 And so we started working on the Jungle map. This was one of the most ambitious maps so far, with many custom assets, scripts and sounds. That's why the map took us a little longer than it usually does. We wanted to make the map feel like it's deep in a damp jungle with many plants and overgrown paths. It was quite a challenge to achieve the feeling of a jungle without overdoing our polygon budget.

The map also needed a custom soundscape because the crows wouldn't do it in this situation.

So we recorded this little bird, shout out to Rocky: 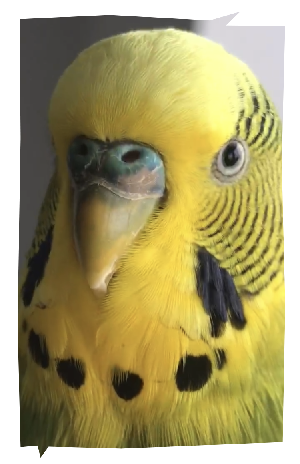 To make the foliage thicker we needed a new type of colliders, which slows down the player movement when you walk through the dense bushes.

This update also has quite a lot of new gear, in total 12 pieces. 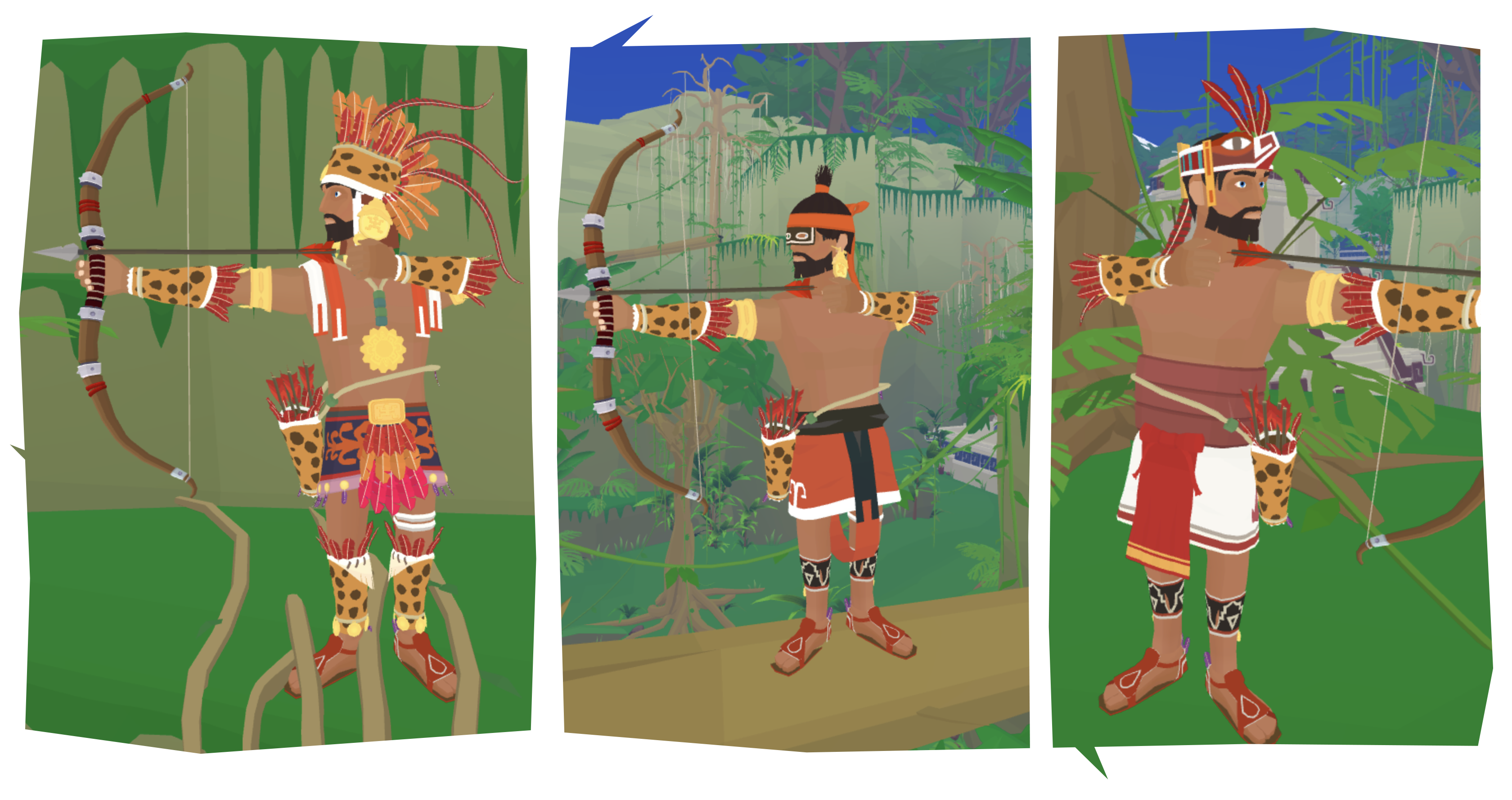 With 12 maps, hoping for the map you want turned into quite a frustration.

We finally got to adding a map selection option. Open map selection by pressing the word map in the main menu. It's not perfect yet, but will do for now. We plan to give more options to this screen, future stuff.... 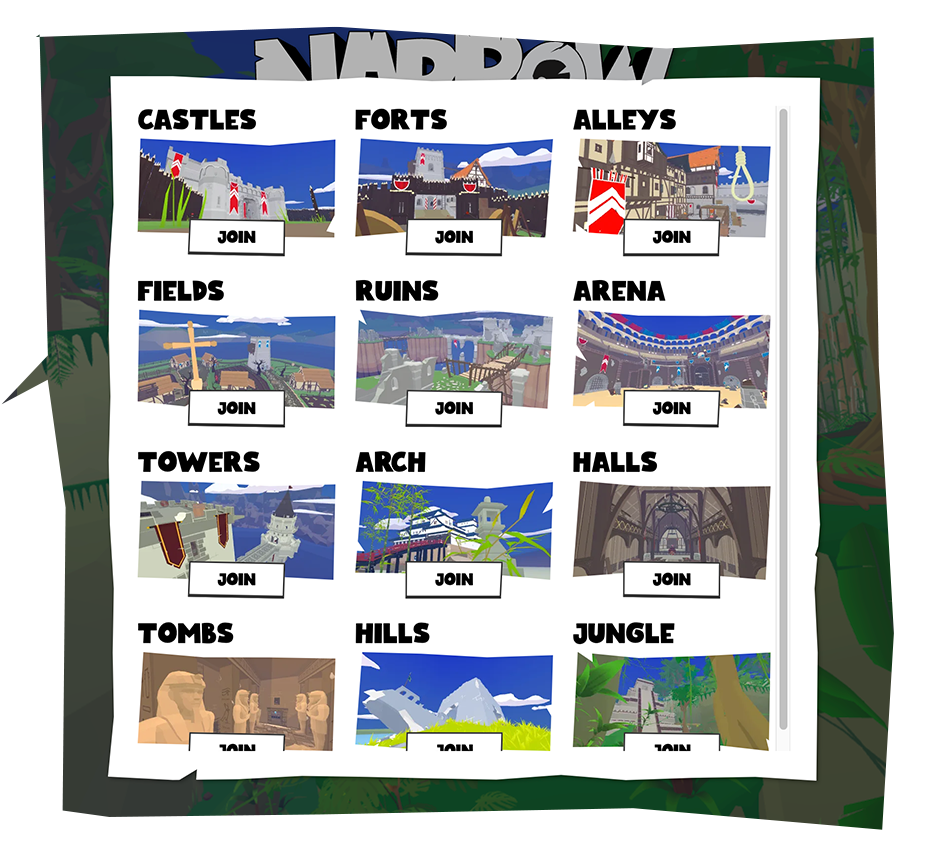 The flag has a timer on returning. The time it takes increases the longer the match takes. We hope that it fixes the forever matches with teams that match each other so much that eventually people just leave the match. If a match would take an hour it would take 10 seconds to return the flag. So just keep touching the flag and eventually you'll win. Also the flag has physics now, after you shoot the enemy you can catch the flag mid air or it might drop into a pit.

And the most important thing is: the flag has a cool animation when you grab it.

You can now also make private squads! A new gear icon has been added over at the squad screen. If you are the squad leader you can toggle a squad setting that allows you to join a map without any other players in it.

Thanks for reading, have a good day!

this is a nice map

will you make another map

When?beside that you guys are awesome 😎 i am your daily player, what is the map’s theme ,what is the secret [i found every secret in narrow one including fruits in every map like walking on water by shooting arrows in hills map and jump in the crack in the arena map to the cage and hot dogs on the roof

That's cool, thank you for playing! We didn't start on the new map, so the theme isn't decided yet. We've been busy with adding a female character and a rework of the shop. We are reworking the shop because we want to add more weapons and customisation. Coming soon

different bows give us different skins like scout is bow 1, bow 2 is for assault, 3 is for sharpshooter, small crossbow for runner and big crossbow for defender

love it, this is my new favorite map. have you thought of uploading new modes? my friends think free for all and domination would be cool. ( the flags could change colors based on who has the location).

Pelican Party you are the best